I am in the process of trying to complete this collection of short stories. I’ve always had a sweet spot for the short story format. Short stories require crisp and succinct storytelling, which for someone who likes the long form of prose can be a challenging process. I hope to have the manuscript completed for publication in the fall of 2018. 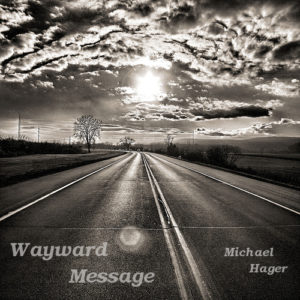 Frank, along with two of his best friends, Ed and Warren were cruising down Highway 65 with a good stock of German beer, a full ice chest of baby back ribs, and an assortment of Warren’s homemade sausages. Add to that enough chips and dips to impress even the most avid tailgaters,and the Bad Boys of Dublin County, as they so boldly named their middle-aged posse, had all the provisions needed for their annual summer outing to Lake Hadley. The only thing missing was their leader and founder, Buddy Wallace. Buddy was about to miss his first trip in eighteen years. Not since Frank’s second son was born three weeks premature had any of the Bad Boys of Dublin County come close to missing this all-important rite of summer. Ever so steadfast were The Bad Boys of Dublin County, that even on the occasion two years ago when Warren almost cut off his index finger while putting the finishing touches on his hot n’ spicy sausage had barely qualified as a speed bump in their rush to get to their lakeside camp.

From the moment his mother stepped across the threshold into his perfectly organized bedroom to shake him from a dead sleep, Stewart dreaded his day. Cringing at the thought of leaving the private confines of his bed, he pulls the heavy handmade quilt tightly around his head hoping to escape the never-fail 6:30 morning wakeup call. It would be a far stretch for him to accuse his parents of not being flawlessly punctual. He knew from the moment his feet hit the cold hardwood floor that his day would fall out in front of him to the resounding echo of his parent’s relentless steerage and governance. In his brief twelve years of life, he could not remember feeling totally free from their watchful eyes’. Yes, Stewart knew he came into this world a delicate “preemie,” but in no way did it excuse the irrational behavior of his parent’s obsessive control his life.